With the new year already well underway, many of us will have finally got to grips with the new phone we received at Christmas. If you are an Android owner, you might have been marvelling at the constantly growing range of apps that are available to enhance your phone, and some have already caught the eye in 2016. Here we run through a range of phones that have the capability to open up new possibilities for you and your smartphone.

For many, after calling and texting, the next most important function of our phone is to work out where we are going. Nokia’s HERE mobile app is one of the best map applications out there, allowing users to plot their way through city and countryside streets> Maybe best of all, it allows users to download maps of countries to use offline, meaning you don’t have to rely on 3G or Wi-Fi connection to find your way. 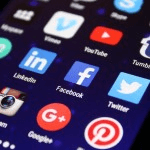 Up until recently, smartphone users wishing to doctor photos taken on their phone would often download them from handset to desktop, before playing about with them on Photoshop. Those days might be over with the release of PhotoDirector from app development company Cyberlink. They’ve come up with a way of editing your photos – from lighting to text bubbles and curving – on your phone, saving you the extra time of hooking your phone up to a computer. Simply edit them to your satisfaction, and post straight to social media or send to friends via your phone.

Every now and then it is worth sitting back and considering just how far phone apps have come since the days of Snake on the early Nokia handsets. You might have one of those moments when you check out Caustic 3, which is a music production app for Androids. OK, it might not be up to the standard of professional standard computer software such as Logic or Fruity Loops, but considering it is entirely phone-based, the range of sounds and effects is impressive. Even for budding music producers, the chance to create and record a project while on the go in order to develop it further in the studio is a sign of just how far the app industry has come.

Storage, and more specifically, Cloud usage, is an important element of any online-compatible device these days, and that’s why you will find Google Drive embedded as an app on many Android phones. The benefit of being able to store your files in a central online depository, rather than leave them at the mercy of a hard drive or memory card, is one which Google Drive provides – one of those things which makes life that little bit easier.

It seems that weather app MORECAST was designed with the aim of being simple but effective. You can check the weather in cities around the world across a number of time periods, compare and contrast weather in two locations, and even plot a route and produce weather information as you travel between different locations. There are very few reasons not to download MORECAST, which is entirely free. After all, who isn’t affected by the weather on a daily basis?

Ever wished that there were some things you could do without having to unlock your phone, in order to save yourself vital seconds? Next Lock Screen was built with this thought in mind, and allows you to take control of your locked screen, giving yourself access to as many features as you want when your phone is locked, including notifications, apps and phone history.

It is rare these days to spot an iPod in action, as smartphones have filled the role of portable music players for many smartphone owners. That leaves us with a choice of app with which to play our music, and for many, it is worth downloading Poweramp to give you a nice range of extra options. As well as being able to play a whole host of file formats, Poweramp also provides a graphic equaliser which allows you to ‘EQ’ your music – turning up the bass or taking the mids down a touch – as you please.

In the same vein as Poweramp, VLC is also compatible with a wide range of video file formats. If you watch a lot of video content on your phone, it is definately worth downloading. As well as offering you ways to tinker with the picture settings to ensure your viewing experience is as good as it can be, VLC also works with audio files too, meaning if you want one app that looks after all your audio and video needs in one place, VLC might work for you